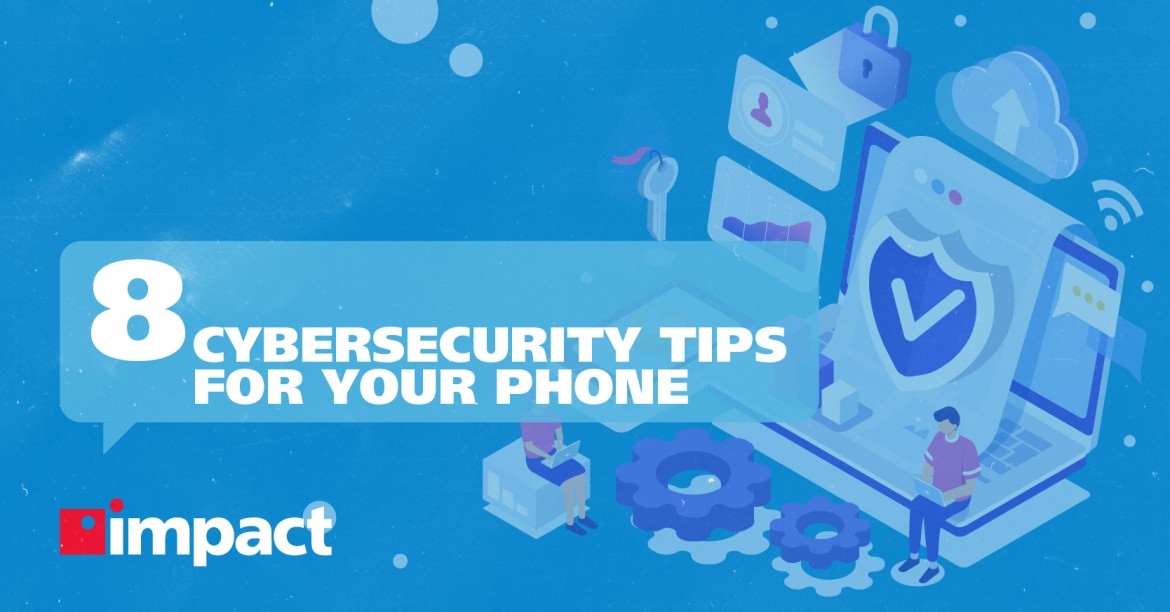 Mobile cybersecurity is extremely important today—Cybersecurity Awareness Month is about spreading awareness among businesses and people of the need to remain vigilant about their cybersecurity habits.

2020 has seen a dramatic rise in the number of attacks that are targeting people’s devices, and many find themselves ill-equipped to deal with attacks when they hit, leading to record amounts of cybercrime.

McAfee found that in the months between January 2020 and April 2020, attacks targeting cloud services rose by a staggering 630%.

We’ve put together this handy infographic to raise awareness about some key areas of mobile cybersecurity for devices that helps reduce the chances of being hacked.

To learn more about what’s makes a comprehensive cybersecurity defense, see our offering, where you’ll find about the solutions and strategy that are involved in a quality security package.

8 Mobile Cybersecurity Tips for Your Phone

As part of National Cybersecurity Awareness Month, Impact Networking is recommending all of our clients to learn more about the security of their devices, both at home and at work. The vast majority of data breaches for mobile devices are because of human error, so take a look at these tips and make sure your device is secure.

It may sound obvious, but make sure your phone has screen lock turned on. People use their mobile device apps for work-related tasks more than ever, meaning an unlocked phone is an open invitation to sensitive material.

Hackers create apps that look like brand apps with the intention of stealing user data. Only download official apps from regulated app stores and verify the developer and check other user ratings.

In 2020, weak passwords simply won’t cut it. Hackers use “brute force” algorithms to break into accounts. 57% of people scammed in phishing attacks don’t change their passwords, be proactive!

Microsoft estimates that using MFA reduces the number of successful breaches by 99%, just by adding one extra step of verification for logging in. Make sure you’re using MFA when you can.

Users often jailbreak their phones to allow for more customization, but in doing so can allow root access—effectively giving full access to all data and information—to hackers who successfully breach your phone.

When developers discover a flaw that can or already has been exploited by hackers, they patch it and distribute an update to users. By neglecting to update, your device is still susceptible to attack. Always stay up to date!

8. Be Careful of Public Networks

Cybercriminals are known to pose with fake networks made to look authentic. When users connect to it, they’re exploited by the hacker. If you’re connecting to a public network, be wary of its security measures and ideally use a VPN to stay totally safe.