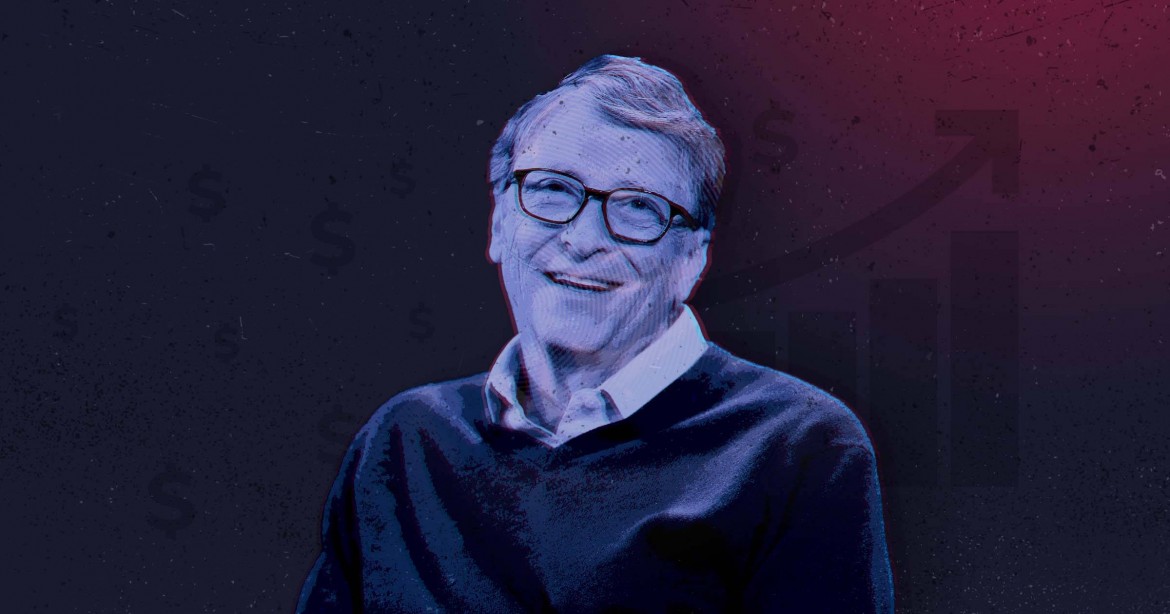 Whether or not you hail Bill Gates as a “geek god” it’s hard to deny that he knows a few things about running a tech business, and it is hard to down play the importance of Microsoft to MSPs. Microsoft’s famous co-founder has long served as the embodiment of the garage startup — to say nothing of his accomplishments as a philanthropist, public speaker, and mentor.

I recently came across an older video of Bill Gates speaking at the Salon des Entrepreneurs conference Paris in 2007. Even though the video itself is dated, the information he shared is as true as it ever was.

“Every entrepreneur needs to be a mix of different skills,” said Gates — a familiar sentiment to all of us. But he continued by adding that an entrepreneur’s ability to “be a salesperson” might be the most important of those myriad skills.

According to Bill, in the earliest days of Microsoft, they were making the same mistake that countless MSPs have made (and still make): trying to use engineers and technical people for everything including sales.

It wasn’t working. Gates went so far to say that if their product hadn’t been so desirable, Microsoft would have probably gone out of business for their lack of skill diversity.

Gates learned the hard way that technicians don’t often make the best salespeople. Even the ones who are performing might only be clearing a very low bar, well below what a seasoned sales professional could accomplish.

The same goes for departments like marketing or product development. MSPs frequently put their technicians (or themselves) in roles in these areas even though they’re usually not suited for the work.

As a former MSP owner, I understand what MSPs go through in trying to fill the roles in business outside of technical positions. To be transparent, I must admit — as I have several times during our NinjaRMM MSP Live Chats — that I enjoyed sales. This, however. was not something immediate to me as an MSP owner. I had to build my sales skills over time, coming up with value props and delivering them to prospects and gaining the necessary confidence through repetition.

As I learned, I began to enjoy the sales process more and more. This fueled the growth of my business, and ultimately enabled me to make a successful exit. Of course, that was my personal experience. It doesn’t mean you have to enjoy doing sales to be a successful MSP owner, but I do think in order to grow you do have to develop some level of salesmanship.

Sales skills come into play everywhere in your MSP

In the video, Gates says that sales skills are “not just convincing your customers to buy your product, but convincing people to extend credit to you, or getting them to come work for your company.”

He makes it clear how important that last consideration is for the startup or any small businesses with considerable growth goals:

“You want their skills to be such that, even as you get to 10 people or 50 people, that their ability can grow with that company. So you want essentially overqualified people, so you have to be very convincing that it’s worth it for them to come along and join up.”

This is an extremely cogent point that many MSPs have learned the hard way. Startups can grow quickly, and if you hire someone who is “good enough” at the beginning, the business can quickly outgrow them and make them obsolete.

On the other hand, hiring someone who is qualified enough to retain their value as the business grows is extremely difficult. It really forces you to build an inviting, compelling culture around your business and convince others that they want to become part of it — even if that means sacrificing a bit of earning potential at the outset.

We’ve all met someone at a conference or a peer group event that was just bad with people. Maybe they were extremely timid, or maybe they were brash and outspoken to the point of being grating. Either way, if they’re the face of sales in their company, they’re probably not getting maximum results.

The way people interact day-to-day is a reflection of their ability to sell, and vice versa. If you’re a capable salesperson, you will probably get the most benefit from networking events and seminars. This is true whether you’re going to channel events to expand your own network or hosting local events to prospect for new business.

You’ve realized by now that there are more things to negotiate than just your service contracts.

If you have office space, there was negotiation involved. Same if you’re leasing company vehicles. Every time you hire a new staff member, it’s a negotiation.

Some would say that every human interaction is a negotiation, and it’s easy to see how that could make sense.

Sales skills will often come into play when working with vendors. (Initially, those negotiation tactics can help when trying to get the best deals.)

Other aspects of vendor management can include:

The two approaches to acquiring the sales capacity necessary for growth

Through the years, I’ve worked with hundreds of successful MSPs. In doing so, I’ve noticed a trend — the most successful providers always have their sales game locked down. It makes sense, right? You can’t survive, much less grow, if you can’t consistently sign new business.

Generally speaking, there are usually two ways that a solid sales game manifests in an MSP:

The option that works best for you will depend entirely on…well, you.

If you enjoy the art of selling, or at least you’re willing to commit time and effort to learning how to sell, then you may take the road of the CEO/sales superstar. However, I strongly recommend not taking this path if you don’t enjoy the chase. If you struggle with sales, if you dislike the process, or if you genuinely feel uncomfortable in negotiations, then you will probably just get in your own way by trying to do it all yourself.

Don’t worry. Sales is not for everyone, even though “entrepreneur mythology” tries to make it seem like it is. If sales is not your bag, it’s in your best interest to bring a salesperson onto your team. And I don’t mean another technician who will also handle sales. I mean a salesperson by trade whose sole purpose in life is to get people to “yes.” Even with this person on board you will most likely still be closing the deals or hammering out the final paperwork, but having a salesperson doing your prospecting and warming up leads can go a long way.

When it comes to salespeople, you get what you pay for. Sorry to break the bad news, but you’re not the first MSP to think of hiring someone off the street and paying them “on commission only” to save money. Or rolling marketing up into the same job.  This rarely works because good salespeople know better than to take those kinds of jobs. Be prepared to pay for a salesperson who knows what they’re doing — doubly so if they already know the MSP space — but consider it an investment that will yield very worthwhile dividends.

As a former MSP owner I went through this. While I became good at sales and enjoyed it, my time was split between managing the company and doing sales, and that didn’t allow me to give 100% to the sales process. Hiring sales people did give me that ability as they only had to focus on getting people to say yes.

The choice is yours whether to step up and become a master at selling, or step aside and let someone who is dedicated to the discipline take the lead. Just don’t fall into the trap of being cavalier about it and thinking that sales is just a soft skill that anyone can do well.

Free calculator: Are your managed services contracts as profitable as they should be? Join us for our next MSP Live Chat on Thursday, September 3 at 3pm ET, when I’ll be sharing the Managed Services Cost Calculator I used as an MSP owner to ensure my agreements were becoming increasingly profitable over time. I’ll be walking through how to use the calculator live, and by registering you’ll get your own copy of the calculator to work with.

You won’t want to miss it, so register now.